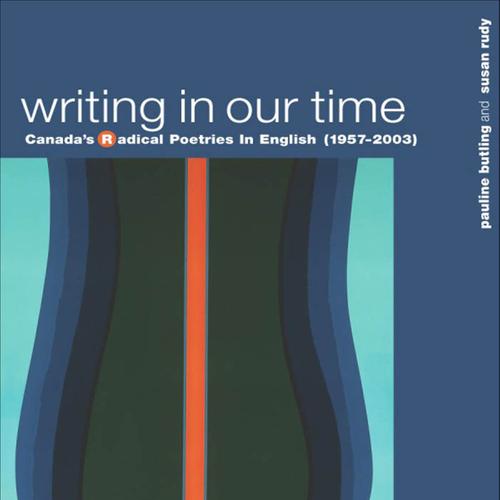 Writing in Our Time

To trace the aesthetically and politically radical poetries in English Canada since the 1960s, Pauline Butling and Susan Rudy begin with the “upstart” poets published in Vancouver’s TISH: A Poetry Newsletter, and follow the trajectory of process poetics in its national and international manifestations through the 1980s and ’90s.

The poetics explored include the works of Nicole Brossard, Daphne Martlatt, bpNichol, George Bowering, Roy Kiyooka, and Frank Davey in the 1960s and ’70s. For the 1980-2000 period, the authors include essays on Jeff Derksen, Clare Harris, Erin Mour, and Lisa Robertson. They also look at books by older authors published after 1979, including Robin Blaser, Robert Kroetsch, and Fred Wah.

A historiography of the radical poets, and a roster of the little magazines, small press publishers, literary festivals, and other such sites that have sustained poetic experimentation, provide context.